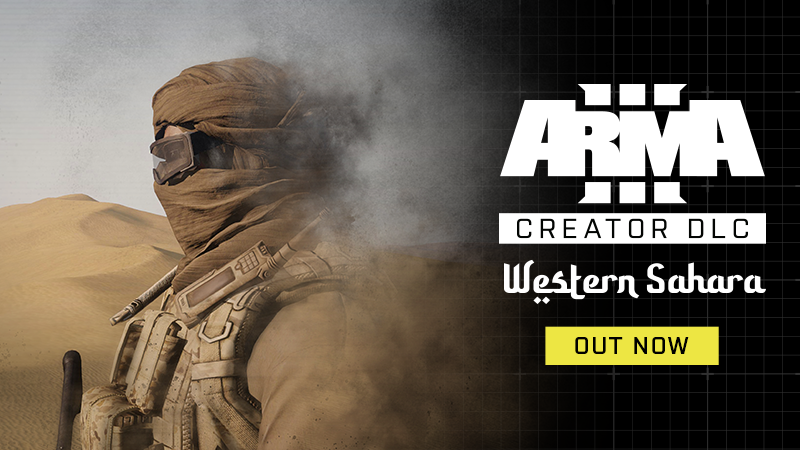 Together with third-party developer Rotators Collective, we're announcing today the release of the Arma 3 Creator DLC: Western Sahara. The new content is presented in a trailer.

https://youtu.be/bVdGJ5P4Peg
Set in the year 2036, Western Sahara takes you to Sefrou-Ramal – a province in the fictional country of Argana. This region has been a hotbed of conflict for many years due to rival tribes, underfunded peacekeeping forces, and a foreign military presence. Here, you will be able to choose from several official singleplayer and/or multiplayer scenarios. This includes the open-world scenario "Extraction", which brings back the "ION Services" private military company faction from Arma 2 for a combat search and rescue mission. The DLC also provides new weapons, vehicle variants, clothing, and gear. 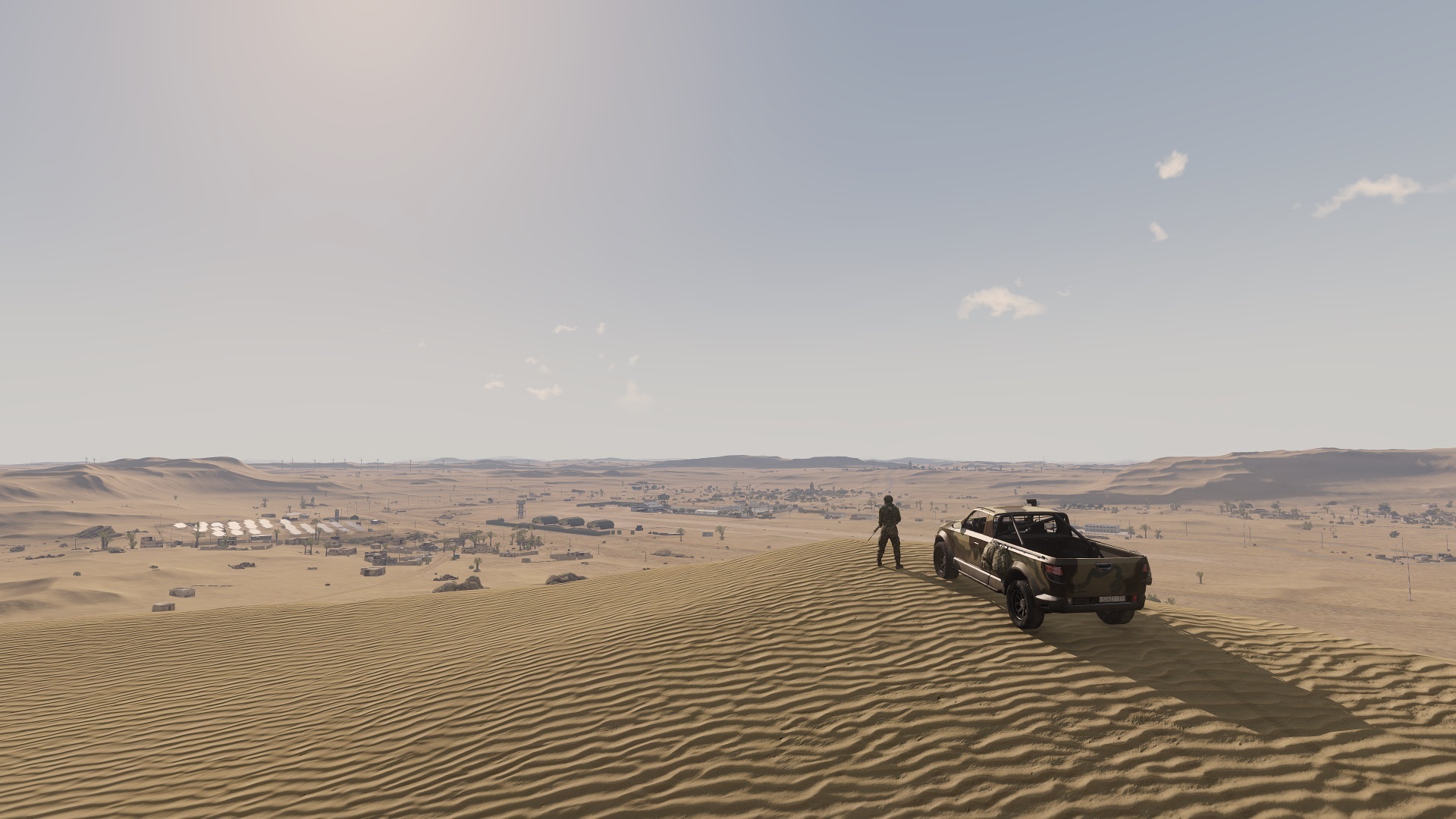 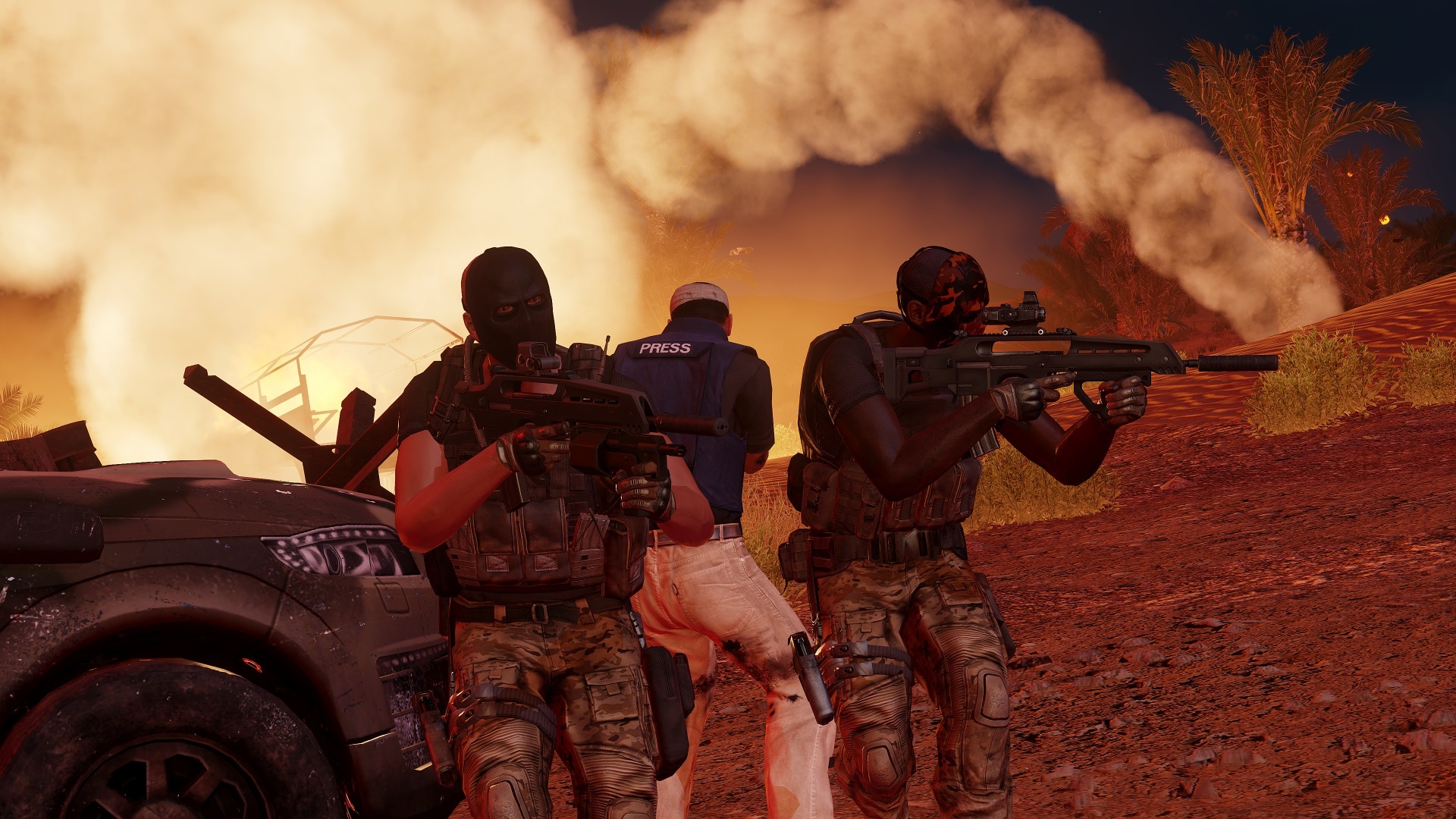 Visit the DLC's store page for a full overview of the content.